This week I’ve organised a meetup on ES2015 in my community, where the speaker presented his favourite features of the language.

Right after the talk I had a chance to talk with my best friend that was asking if destructuring assigns the values copying the value to the new variable or instead by reference if you work with Object or Array.
Because I hadn’t a change before to work with this new ES2015 feature I did a quick example just to get an answer to this question. 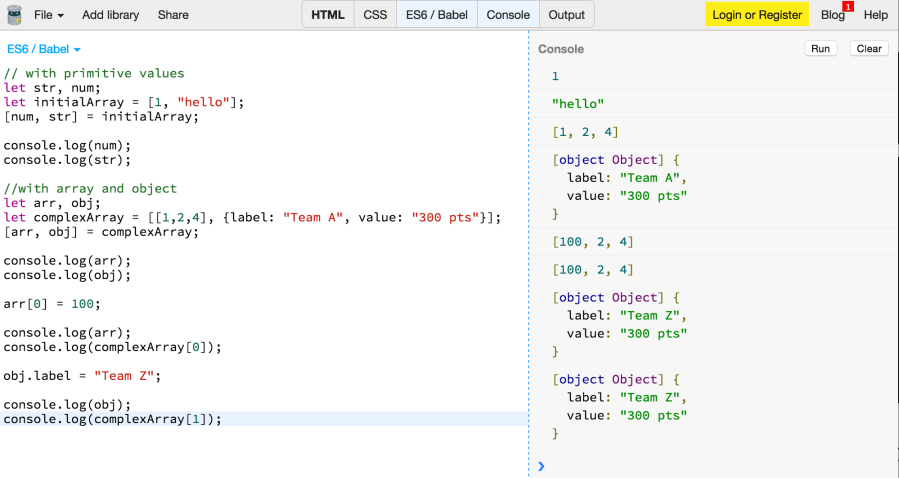 So when you work with destructuring bear in mind to pay a lot of attention when you change a value inside your destructured Objects and Arrays!