Yesterday Tizen conference finished with a lot of great things announced, so in this post I’d like to recap the main news that I’ve catch during this conference.
First of all Tizen is an open source operating system, not only for mobile purpose but also for TVs and automotive market too.
Behind Tizen there are many players but the most interesting are Samsung, of course, and Intel.
Actually Samsung is working on the new version of Tizen, the 3.0, but they have just released the 2.1 that allow any web developer, C++ developer or Unity developer to deliver content on this new OS.
The first devices will be shipped this summer (more or less), in Europe the first operator that believe in Tizen will be Orange, in Asia otherwise will be NTT DoCoMo.
Web development APIs on Tizen are hardware accelereted, so the performance should be incredible, actually if you want to start work with Tizen is quite easy, first of all you have to download the SDK, then inside the SDK you can find the TizenIDE that allow you to create Web Application or Native Application, debug them and prepare for the store.
This IDE is really well done in fact you can debug your application in a simulator (quite similar to the last introduced in Flash CS6 or Device Central for example), directly on the device trough USB, or in the emulator; the simulator and emulator are inside the free SDK that you can download directly from Tizen website.
Web Applications, at this moment, run in Tizen Web Runtime not with Phonegap or other frameworks but Apache Cordova is working to support Tizen export soon and they would like to add on Phonegap buid solution made by Adobe.
Tizen is based on webkit and it’s the most compliant platform at the moment with a score of 492/500. 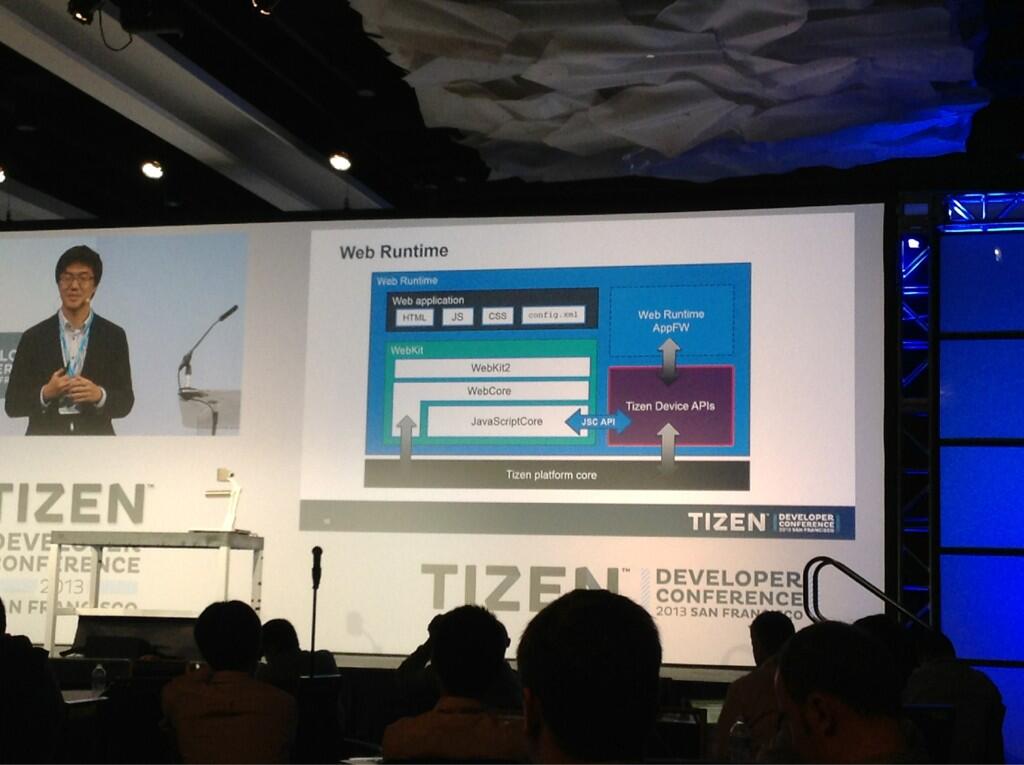 Another great thing of Tizen is that Samsung created a real platform around it, in fact for the native side you can also create and skin your GUI directly with Tizen UI Builder, a software similar to Apple Interface Builder and it helps a lot during the creation and definition of UI. 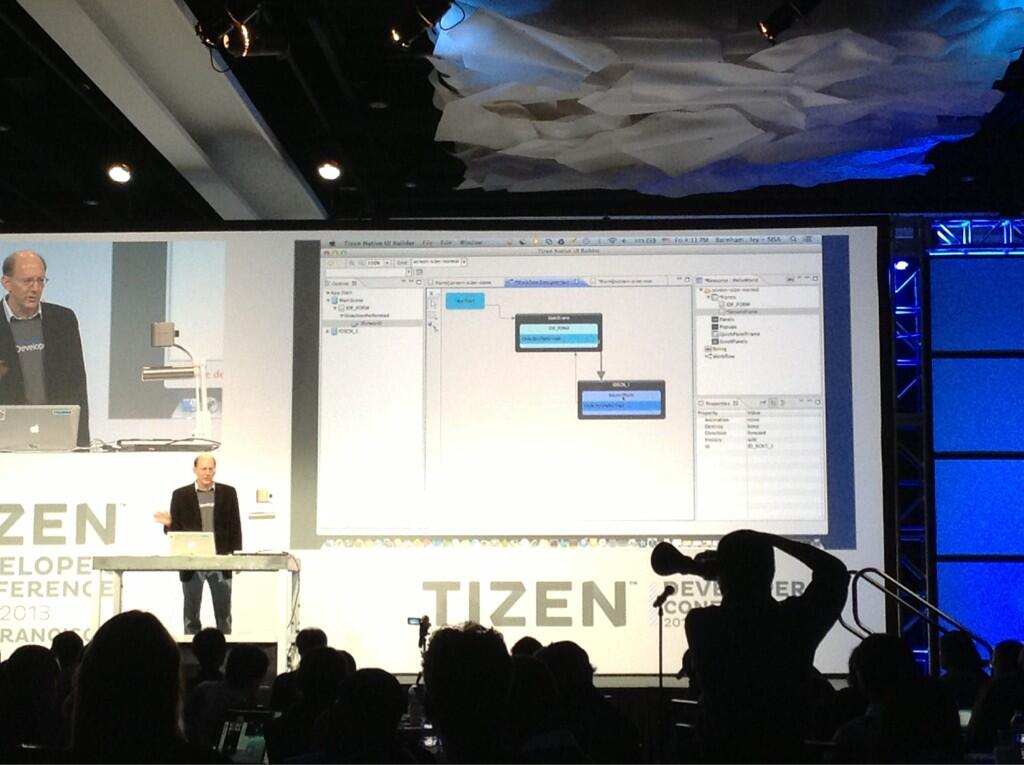 I followed a couple of session dedicated on how to port PhoneGap application on Tizen and it’s interesting to know that the porting is so smooth (less than a week for many games).
The Web Runtime APIs for Tizen are very powerful, they allow to work with Bluetooth, NFC and many others low-level features in a really easy way.

At the end of the event any attendee received a device for testing purpose, so after dinner I started to play with Tizen and the Web Runtime, mainly to understand if there are many differences between a Tizen app and a Phonegap one.
As you can see in few time I create an example that works on Tizen with HTML5, Jquery Mobile and Underscore.js

The first impression is positive, everything works well, I didn’t find any kind of problems, the documentation is well done and you can find a lot of resources directly on developers website.
I didn’t try yet to work with platform APIs but I see on the documentation that are quite similar to Phonegap so I don’t think that a Phonegap developer could have any problems to work with them.

Last but not least, Samsung has created an app challenge that will start at the beginning of June where you can win a lot of money so if you want to partecipate take a look at the challenge website.

Finally, Tizen is going in the right direction for me, the big deal will be the penetration on the mature markets, if many people all over the world will start to buy it and use it, probably it should become so interesting, but for now we have to wait the launch of the devices.

Being associated with the industry since 2004, I have lent my expertise predominantly in the solution architecture field. I have gained accolades for revolutionising the scalability of frontend architectures with micro-frontends, from increasing the efficiency of workflows, to delivering quality in products. My colleagues know me as an excellent communicator who believes in using an interactive approach for understanding and solving problems of varied scopes. I helped DAZN becoming a global streaming platform in just 5 years, now as Principal Architect at AWS, I'm helping our customers in the media and entertainment space to deliver cost-effective and scalable cloud solutions. Moreover, I'm sharing with the community the best practices to develop cloud-native architectures solving technical and organizational challenges. My core industry knowledge has been instrumental in resolving complex architectural and integration challenges. Working within the scopes of a plethora of technical roles such as tech lead, solutions architect and CTO, I have developed a precise understanding of various technicalities which has helped me in maximizing value of my company and products in my current leadership roles. View all posts by luca mezzalira