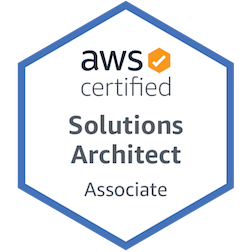 Yesterday I was in Milan at From A to Web and I saw Serge Jespers session about RIA workflow with Flash Catalyst and Flash Builder.

In 30 minutes he made a real Flex application that interact with Coldfusion to retrieve data from a database and he started from a normal and static AI file… that’s totally AMAZING!
Flash Catalyst will be a great software that will help us to create desktop applications and rich internet application, in particular could be very interesting to create animations and user interaction on own GUI.

When Serge showed Flash Builder he interacted with a CF script (you can work with WS, XML and other back end tecnologies also) trough a panel and in few steps he was connected to data source… COOL!
I’m so excited, Flash Catalyst will change RIA and desktop apps workflow definitely! I’m sure about that… BUT…

I’d like to investigate more about Flash Catalyst when Adobe decides to release public BETA on Labs, but I asked a couple of questions to Serge during his session to understand better the power of this new software.
For me the first problem is that FC doesn’t work with Flex Modules but only with States and in big projects it could be a problem.
Yes, you can copy MXML code and  paste on a Module, but it could be more easy to choose if you want to work with states or modules or better, export your GUI like module and not only custom component.
Another thing that I’m scared is that FC is very easy to use, open new way of business and make your daily work more fast, so designers and developers that approach for first time RIA and Desktop apps could start to release tons and tons of “bad apps” like Flash in 90s… I hope that Adobe will teach around the world with free training courses, not only with one day events, or will begin a new HORROR ERA for RIA and Desktop apps.

That’s my 2 cents, if you’d like to talk about FC on this blog, feel free to leave a comment.