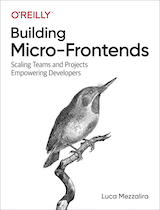 Zinc 3.0 codename Pandora will be release at Q1 of 2008, but now you can see first images for Macintosh and Windows directly from Jaspal Sohal blog.  You can also try to enter in Candidate BETA program if you are registered in multidmedia.comIn fact they said:“The Public Beta will be a Release Candidate Build with all functionality that will be in the final release. Registered Users will have an opportunity to download the Public Beta and test it over the Holiday period. The Zinc™ 3.0 Public Beta will be available for both Windows and Mac OSX.”

This weekend Adobe announced that is ready new flash lite version developer edition, dowloadable for free from labs.adobe.com.
Remember that you can develop flash lite 3 contents only if you upgrade Flash CS3 and Device Central.
More information about features and files to download you can see at Bill Perry’s blog.
If you test this developer release in your device, remember to write in Flash Lite 3 Forum which device you are using!

Probably Zinc 3.0 will go out in January 2008 but a public BETA will be release in December.
So take a look at Multidmedia site!